Back in the early 80’s, I used to hit the big Pomona Swap Meet at the LA County Fairgrounds in So Cal every time it was held. It was really cool back then, not near as commercialized as it is now. I remember running across an old counter top “Snacks” machine from the 1950’s. It was kind of ratty, but something about it struck me. Not many people were restoring stuff like this at the time and prices were dirt cheap.  So I paid the $20 for it and was on my way. I tore it apart and painted it up the following day in a red and black scheme that really made it pop. I still own that machine, pictured below on the left. Little did I know at that time, that little machine would spark a life-long love of vintage machines. I just love the way things were built back in the day, before everything became disposable. I bought a few more machines and restored them all. Before long, John Peterson and his lovely wife Sandy, owners of Just 4 Fun Antiques in Whittier, Ca., saw my machines on display at Pomona and asked me if I’d like to do some restoration work for them. Over the next few years,  I did gas pumps, soda machines and so much more. It was great fun. John and Sandy moved their shop to Orange, Ca where we continued to collaborate. Sadly I recently learned Sandy had passed away, but John continues the business, still in Orange at a new location. I also did restorations for Jeff Walters, in Laguna Niguel, Ca. Jeff was well known in those circles as author of several books on vintage machines and also doing a number of pin-up calendars, the first of which, “Soda Sweethearts” in 1992, featured many machines I restored for him also some lovely young ladies which I did not. I don’t know what ever became of Jeff, seems to have just vanished. In 2005, I started an eBay business, buying and selling collectibles, vintage toys, electric guitars and more under the username, vintage-vendor. I sell on occasion under that name today. I still enjoy doing this type of work to this day. Contact me with questions about restoring your collectible items, toys and machines – Brent 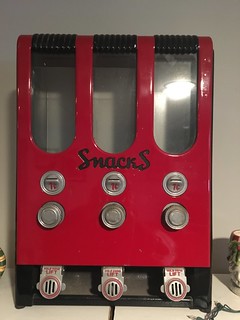 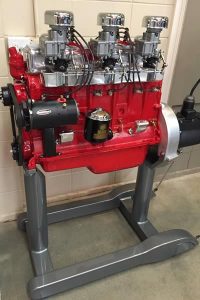 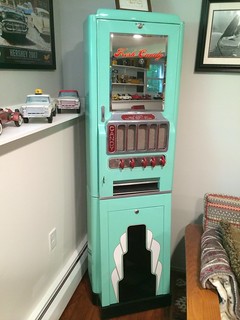 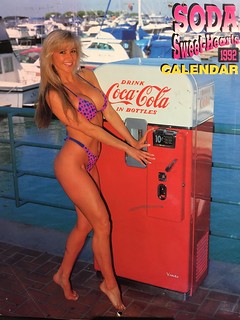 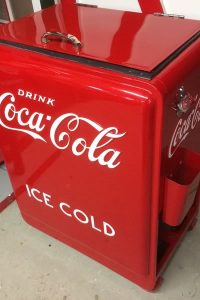 Have a question? Give me a call

Or email me directly